Professor Lourdes Casanova, Senior Lecturer and Academic Director of the Emerging Markets Institute at the Samuel Curtis Johnson Graduate School of Management, was recently named one of the 50 Most Influential Intellectuals in Iberoamerica. IberoAmerica comprises the countries in the Americas that are former colonies of Spain and Portugal.

The digital magazine on international relations esglobal said the list, which also includes the former President of Costa Rica and Nobel Peace Prize laureate Oscar Arias is intended “to highlight the enormous talent and variety of points of view generated in Spanish and Portuguese as languages able to offer alternatives to the dominance of English in the world today.”

“My award recognizes the growing importance of Latin American economies and businesses,” said Professor Casanova. “It is a privilege to share the recognition with such an important group of leaders who I admire.”

Born in Spain and educated in the United States and Spain, Professor Casanova specializes in international business with a focus on Latin America and multinationals from emerging markets. She is co-author of: ‘The Political Economy of an Emerging Global Power: In Search of the Brazil Dream,’ 2014, coauthor of ‘Innovalatino, Fostering Innovation in Latin America,’ 2011 and author of ‘Global Latinas: Latin America’s emerging multinationals,’ 2009.

The list was prepared for esglobal by the Madrid-based think tank FRIDE, the Foundation for International Relations and Foreign Dialogue; with the assistance of FLACSO, the Latin American Social Sciences Institute. Those selected are experts in the fields of economics, history, literature, journalism, art, activism and sociology, from countries including Argentina, Brazil, Cuba, Mexico, Nicaragua, Peru, Portugal, Spain, Uruguay and Venezuela. The list includes another Cornell scholar, writer Jose Edmundo Paz-Soldan, professor of Spanish literature and director of graduate studies in the Department of Romance Studies at Cornell University. 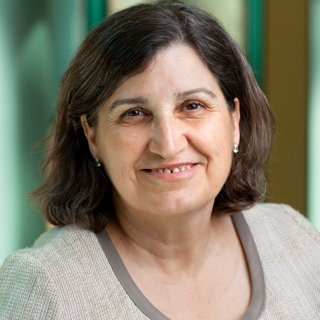