In January 2016, I had the opportunity to visit China with 26 of my classmates from the Johnson School at Cornell University. The goal for the trip was to help us better understand the history and culture of the Chinese people and its influences on local business. 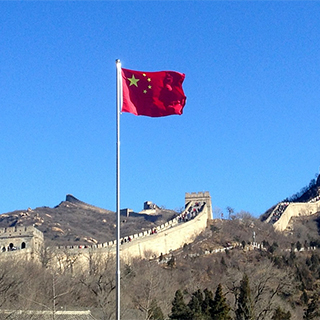 Our itinerary was designed by classmates who had grown up in China. We spent nine days visiting historic sites like the Forbidden City, attending cultural symposia like the Beijing Opera and eating a wide assortment of food from various regions. These traditional tourist activities were augmented by visits to local companies, where recent alumni and executives spoke to us about their company’s strategies and work environment.

I walked away from China with better insight into the local norms and cultures, which were much more nuanced when compared to what I had read and heard previously. This experience helped me better contextualize the decisions made by the government and people. I learned how people think in, what will soon become, the largest economy on the planet.

Over the course of our trip, we visited many technology companies of varying levels of maturity. From start-ups like Didi Kuaidi to global technology behemoths like Lenovo, we wanted to learn more about one of China’s fastest growing sectors. In addition to visiting technology companies, we also visited companies like a venture capital firm and the Shanghai Stock Exchange to understand the ancillary impact China’s tech boom was having on the economy.

Alibaba and JD.com are seen as behemoths of the Chinese ecommerce marketplace. They are valued at $168B and $35B respectively on the NASDAQ. Xiaomi was most recently valued around $40B and Didi Kuaidi has a respectable $16B valuation. These companies have significant operations only in China. They do not play on the global stage, but their valuations put them in the same league as some of the biggest companies on the planet. They have achieved tremendous scale simply by serving the Chinese market and growing organically domestically.

Today many of these companies have globally significant scale. They have access to capital and liquidity that allows them to make significant investment and acquisitions globally while their limited exposure outside China keeps them flying under the radar. The business world was surprised when Lenovo bought IBM’s PC and Servers business and Motorola. It look Lenovo over 30 years to achieve that buying power. We are entering an age when Alibaba could easily buy a company like Twitter or Netflix or even Uber.

Chinese companies have achieved tremendous scale within China. Their enormous spending power makes them hungry for growth and they are looking outside China. Given cultural similarities, geographic proximity and similar levels of market maturity, many Chinese companies have set their sights on India as their natural next market. Given the comparative openness of the Indian market, these Chinese companies face stiff competition in India as Amazon, Google and other western technology companies also try to compete in Asia’s second fastest growing economy.

So what does this mean for Chinese companies and Chinese influence around the world? These companies can achieve tremendous scale in China and they have access to liquidity that allows them to make global investments, yet they choose to refrain from using their monetary power and instead follow a more cautious, India centric, growth strategy. What explains this phenomenon?

The answer to this, I believe, lies at the heart of the Chinese culture. As a familial centric culture rooted in humility and conservativeness, the current generation of middle managers in China have been largely shielded from western ways. While senior leadership is well travelled, they understand that major global acquisitions would face strong cultural integration challenges so they choose to expand at their own pace, satisfied with the growth they can capture within the Chinese economy.

In my mind this draws parallel’s with the Japanese car companies in the middle of the last century, they were largely left alone to grow on their own within South East Asia before disrupting the American auto industry for 50 years. The recent volatility in the global economy has made it clear that the world is inexorably linked to Chinese enterprise. China’s success is the world’s success and China’s struggles send ripples through the global economy.

I expect China to continue to be significant driver of business and technology in the next fifty years. But time will tell if Chinese businesses are able to break out of China and become major conglomerates on the world stage.

Time will tell if these businesses can extend and affect global cultural change.