“Brazil and Latin America: Innovating to Overcome the Crisis” event brought together intellectuals with diverse backgrounds, both to discuss the political context of Brazil and to propose solutions to the unfolding crisis. 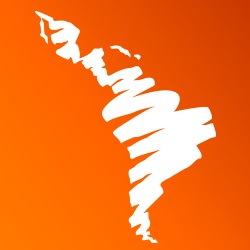 Brazil and Latin America: Innovating to Overcome the Crisis brought together intellectuals with diverse backgrounds, both to discuss the political context of Brazil and to propose solutions to the unfolding crisis. The 2017 edition was the 4th annual event for the Brazilian Student Association, BRASA, at Cornell University. The event was led by speakers such as Carlos Abadi (CEO of Abadi & Co. Global Markets), Otaviano Canuto (World Bank Group), Gianna Sagazio (Innovation Director of CNI), Francisco Gaetani (president of National School of Public Administration), Jonas Rabinovitch (United Nations on Governance and Public Administration Innovation for Sustainable Development) and Analúcio Alonso (Inter-American Development Bank). Each participated in one of two panels—the first of which was moderated by Lourdes Casanova (Director of the Emerging Market Institute, Cornell College of Business) and the second by Evódio Kaltenecker.

Carlos Abadi, a Cornell alumnus, kicked off the first panel by offering a financial perspective regarding the crisis in the region. He briefly highlighted the macroeconomic landscape while pointing out encouraging signs in the Brazilian economy such as positive trends related to inflation expectations, which have substantially decreased since last year. This has already given way to a more accommodating monetary policy and is likely to stimulate consumption and investment. On the political front, after the impeachment, there has been a slight reduction in political uncertainty (albeit temporary). Finally, global growth is helping. The United States and Europe are on a growth path, even as China has slowed down.

Regarding the private sector, one of the largest impediments for further investments has been the outdated bankruptcy law. According to Abadi, the implementation of specialized judges for bankruptcy should change. He went on to explain how bankruptcies are analyzed by general commercial judges, none of whom has special bankruptcy expertise, he argued. Another obstacle he stressed is how bankruptcy “lasts forever” (with some companies being tied up in court for 5 years or more). Third, he brought up how in Brazil the difference between the nominal value of debt and its restructured value is taxed. If this tax was eliminated, he argued, it would speed up bankruptcy. Finally, for Abadi, legal protection is needed to allow investors to purchase distressed assets free of liability, without which the recovery of investments in Brazil would be delayed.

Canuto, one of the members of the economic team at the Ministry of Finance when the bankruptcy law was reviewed in 2004, explained that the original proposal faced opposition in the Congress. While the team believed the approval of the bankruptcy law to be possible, when the bill landed in Congress, it had nearly 200 amendments on the floor, which ultimately changed its substance. It became clear, then, that many benefited from the old and outdated law.

After this initial remark, Canuto gave a long-term perspective of what lies behind the Brazilian crisis. He referred to four important dimensions: First, he argued that Brazil has been suffering from an anemia of productivity gains since the 80’s, even while the country experienced high growth rates in the beginning of the millennia. He suggested that this growth was primarily due to incorporation of labor, the accompanying decline of unemployment rates, a reduction of gender inequality via the further incorporation of women into the labor force and more favorable terms of trade (external environment).

Second, he pointed the failure to overcome the legacy of exclusion in Brazilian history. With the implementation of the new constitution, the policies that were made reflected a strong political aspiration for tackling the poverty issue. He contended that the main problem is that these policies were created without any reform of ongoing historical privileges, thereby leading public spending to increase considerably from 1992 to 2014. Though the dilemma was delayed while the economy was growing at a pace of 4.5% a year, when the commodities growth cycle ended and the favorable incorporation of workers into the formal labor market stopped, a crisis emerged. The combination of public spending increases and the elimination of previous sources of growth led to fiscal obesity.

Third, Canuto argued that there was a misdiagnosis in the economy, when the government defended that the counter cyclical policies, implemented after the global crisis, could receive a “second round.” These actions consist of attempts to force down increasing interest rates by cutting inflation through other means such as cuts to energy or gasoline prices, combined with taxes exemptions. However, these policies failed because the national situation was not very profitable to entrepreneurs because of high waves and costs, Canuto defended. He went on to affirm that the outcome of the new matrix was fiscal deterioration with no counterpart in terms of private investments.

Fourth, Canuto included the government crisis as cause and effect of the broader political and economic instability. He had an optimistic point of view initially, in the wake of the popular movements in 2013, that the public would exert pressure to support the strengthening of the independence of the judiciary, which in turn made possible the inauguration of the “car wash” operation. According to Canuto, this process has had a positive impact in holding accountable powerful members of the political establishment, a number of whom already face jail time. In the short term, this government crisis is behind the slowdown of the economy since companies who are subject to the corruption probe represent 12% of Brazilian GDP. Nonetheless, there are at least three benefits of the “car wash” operation in the mid and long term: improvement of the perception of rule of law, the dismantling of big cartels, which promises to bring more competition over services offered to the government, as well as efficiency gains in the public sector.

Sagazio started her speech by explaining that the Brazilian environment for innovation improved over the last two decades. She pointed out that Brazil has better legislation and incentives to support innovation in foreign and Brazilian companies. However, this positive development has not been enough to promote a qualitative leap in innovation standards for the Brazilian economy.

Compared to other countries, Brazil is not investing enough in research and development (less than 2% of the GDP). In contrast, the global situation is different, and, for instance, Korea increased its investments in R&D even during the international crisis. The Brazilian performance in the Global Innovation Index reflects this scenario. Nonetheless, for Sagazio, there is space for much more improvements.

According to the Brazilian Innovation Survey, only 36% of the Brazilian companies performed some type of innovation in the period from 2012 to 2014. This result has neither improved nor reduced in previous 3-year-period surveys. The “good law” is an example of an important fiscal incentive that shows potential in promoting innovation and boosting private investments in R&D. The number of companies assessing this mechanism is increasing and some studies show positive results for this policy. Another positive initiative is EMPRAPE, which is a public institution that finances research in cooperation with companies and science and technology labs, whereby each party covers a third of the costs—a model that has served as an important instrument in promoting public-private partnerships in R&D.

Gaetani emphasized three important points about Brazil in his presentation: First, he argued that in Latin America, democracy should not be taken for granted. He suggested that it is a “very weak flower” and is not consolidated yet. Second, he stressed that populism has long been present in Latin America at distinct levels (federal, state, local). He maintained that the country is far from its potential in terms of professionalization, meritocracy, and civil service. Third, he argues that efficiency is not a concept that guides most policy making. According to Gaetani, cost benefits, inputs, and outputs are often neglected.

To end his remarks, Gaetani analyzed the “car wash” operation. In Brazil, it is possible to observe practically a monopoly in terms of media, so they have a narrative that is pushing “carwash” and playing a very important role. However, it is also a source of some problems, as the courts and prosecutors have violated the law themselves in many situations, without justification.

Rabinovitch argued that Brazil is “sick”, but suggested that the crisis moment should be seen as a positive inflection towards reform and a possibility to break with the past.

Next, Rabinovitch drew attention to three major governance actors: the state, the private sector and civil society, all of which are linked and interacting, as well as being tremendously energized by the ICT revolution. Indeed, he outlined how many countries are using big data technology to control and monitor social policies, public spending as well as improving public services, as a result of the many innovations that are being made. For him, these technologies are creating cognitive governments and ecosystems for governmental innovation and improvements in society.

He concluded by highlighting what he predicts to be an evolution towards integrated public services delivered to citizens, which he sees as a source of hope for more efficient public services. According to Rabinovitch, the fourth wave of democratization will be digital. However, this change should be planned in a way so that systematization precedes automation. Good governance is not a consequence of development, it is a precondition to it. Finally, he contends that the solution for the systematic ethical crisis in Brazil is not technical, but societal and will be done by social mobilization.

In the second panel, Alonso presented lessons learned from the “Bolsa Família” program. She explained “Bolsa Familia” in three main points: conditional cash transfer, education and health commitments and with a focus on the poorest families. The main goal, according to Alonso, is immediate poverty alleviation, the disruption of intergenerational poverty, and family development. She explained how Bolsa Familia started in 2003 and how it covers, nowadays, 14 million families with an average benefit of R$ 170.00 monthly at a total cost of R$ 25 billion for the federal government, a mere 0.5% of GDP.

One of cornerstones of Bolsa Familia is its education and health conditions. In order to receive the benefit, families are required to have met minimum school attendance for children and basic health exams. She showed how it was critical for removing Brazil from the World Hunger Map in 2014 and for a remarkable reduction in the percentage of people living in poverty and extreme poverty. She also pointed out how this policy has economic impacts by inserting consumers into the market and developing local markets in poorer communities.

She proceeded to outline the complex implementation structure of Bolsa Família across the whole territory. Alonso explained how the program works in Brazil through a registration support system and that the payments are directly transferred to the beneficiary— preferentially, women, using data intelligence in order to integrate the system with other social programs. For Alonso, the observable benefits of this program include, among other trends, a reduction of child mortality, the reduction of the gap between age and school grade and the reduction of dropout rates. Finally, Alonso highlighted the key to the success of Bolsa Familia to be: the registry for social policies, the capillarity of payment options, the decentralization of health services and educational policies, the integration of other governments programs, and the strengthening of political leadership.