A summary of the lecture by Professor Iwan Azis on February 1, 2016 at the Leaders in Emerging Markets NBA 5260 course. 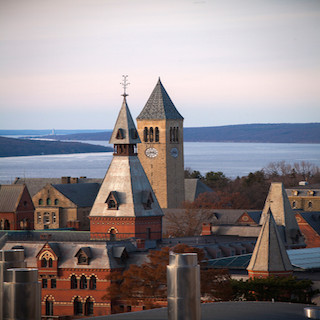 The economies of Asia’s emerging markets have experienced a rollercoaster ride over the past few decades from heights of booming development in the early 1990’s to valleys of near insolvency during the crisis of 1997 and again during the Great Recession. Professor Iwan Azis, a leading author on the subject of Asia’s emerging markets, shared his perspective with Cornell students on the four factors that led to the rise of this critically important region and the challenges it faces today in the global economy.

Reflecting back to the healthy growth, low inflation, and economic prosperity that led to the East Asia Miracle from 1987 to 2007 it is also possible to understand the long-term economic cost of this period of Great Moderation, as described by Azis. Besides the growth that occurred during the Great Moderation, which is the first of four factors mentioned above, this period was also defined by a double mismatch of both borrowing in foreign currency while servicing the debt in local terms as well as engaging in short term lending for long term projects. Evidence of the detrimental effect of this double mismatch can be seen in the 1997 financial crisis which was a result of currency devaluations that occurred in Thailand, Malaysia, and South Korea amongst others.

The second factor that defines the emerging economies of Asia is a Global Imbalance. Trade amongst these nations is primarily concentrated between China and the United States, with over 70% of the net trade deficit originating in the US. Trade amongst other Asian economies was driven by the production of intermediary goods and raw materials that were typically sold to China for final assembly before their eventual sale to the United States. Azis discussed how the imbalance of trade amongst the emerging economies of Asia created a fragile system of interdependencies and a considerable exposure to China.

The Great Recession is the aftermath of the 2008 financial crisis and all that came with it. Stagnating economies in most of the developed world, bailouts of banks, new financial regulation, loose monetary policy by central banks, low interest rates, low yields in bonds, rising unemployment, low inflation, and a rise in the prices of commodities.

When Professor Azis refers to the Great Divergence we have to think about what was going on in the world right after the financial crisis in 2008. The US Federal Reserve and the European Central Bank were starting a process of unprecedented monetary stimulus to try to revive their struggling economies. As part of this process, short term interest rates went down to near zero levels and both central banks pumped money into the economy in a process called Quantitative Easing that consists of buying bonds and other risky assets from banks and investors.

This context created a scenario were interest rates and bond yields in most developed economies were at all-time lows. Global investors had to look elsewhere for higher yields and the region that attracted a large portion of this capital was emerging Asia, in what it was called “the search for yield.” The divergence is a product of the difference between the interest rates in developed countries compared to the level of interest rates in emerging Asia as a result of the difference in monetary policy.

This imbalance created new challenges for emerging Asia economies: a boom in lending paired with higher risk taking by investors. The liquidity provided by the large inflow of capital resulted in the prevalence of higher risk investments now under distress, many of which were direct investments by banks in this region.

Azis mentioned below some of the additional challenges that emerging markets in Asia face today. While China’s rapid economic growth increased Asia’s exposure to China, making it a major trading partner and a market for exports, Asian countries are now the most vulnerable to the China slowdown. At the same time, a slump in global commodity prices is hitting hard on commodity-exporting emerging Asia. Azis also pointed out that a surge in capital flows boosted investment and growth in the region, however they also elevated the risk of instability and reduced the effectiveness of monetary policy. In addition, the Great Divergence of monetary policies in the US and other major advanced economies including Europe and Japan could have significant global repercussions on emerging economies, raising financial market volatility. Finally, the considerable debt in US dollars accrued across Asia might trigger another deteriorating financial crisis as the value of the US dollar strengthens and repayment costs increase, warned Azis.

Looking forward, Azis predicts a continued state of fragility amongst Asia’s emerging economies in the near term. Although he is concerned about the region’s exposure to China he does not believe that the recent devaluation of the Renminbi and shake-up of China’s financial markets will cause critical harm to emerging Asia. However, Azis looks cautiously to the United States as he believes the future of the Fed’s monetary policy and its global effect will have a significant influence on the region’s future stability.