In March and April 2014, four EMI Fellows and over 30 other Johnson classmates traveled to Israel on an academic and cultural trek. This incredible trip was just seven days long but managed to incorporate visits to three major cities (Haifa, Tel Aviv, and Jerusalem) along with numerous other cultural sites throughout the country. Included in the trip were visits to major political and business organizations. 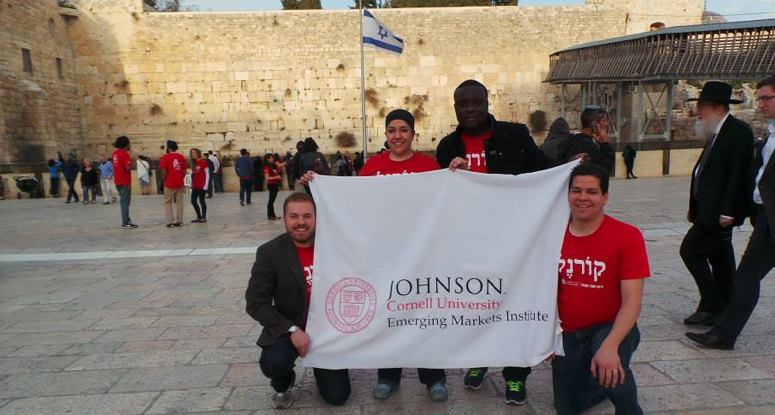 Company visits represented a vast and diverse array of organizations. Our visits included a tour of an Israeli Air Force base, meeting with a defense electronics company (Elbit Systems), listening to the head coach of a professional basketball team (Maccabi Tel Aviv) and touring the team’s home arena, visiting the Israeli corporate office of Microsoft, learning about the Israeli economy at the Treasury Department, and meeting with a private equity investor of the historic Carmel Winery. 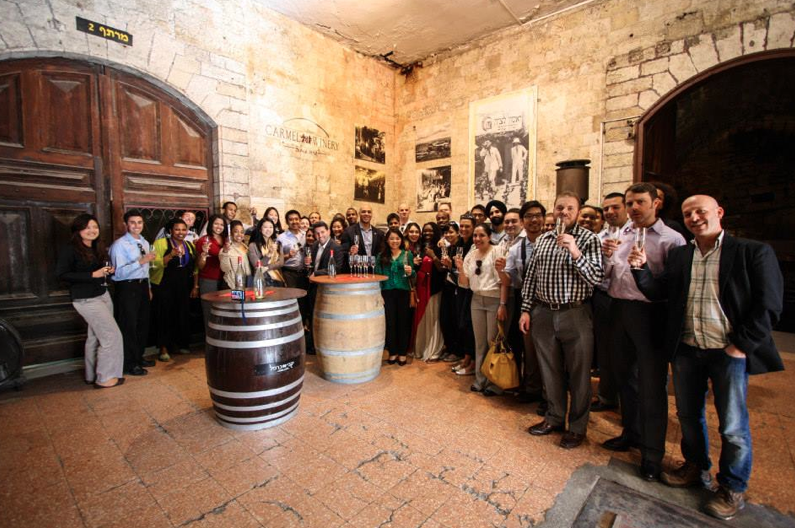 Despite the attention we paid to our business meetings, we also benefitted from touring the vast diversity of cultural sites that makes Israel so worthy of visiting. From the Roman ruins in Caesarea and the spiritual Baha’i Gardens to the beaches of Tel Aviv and the immense history of the Old City of Jerusalem, our Johnson classmates had the opportunity to experience many unique sites. Our visit also included nighttime fun – including visiting some of the leading bars and nightclubs in Tel Aviv, a city that is known around the world for its nightlife. Considering the packed schedule of the trip, we were fortunate to have a few hours to get some sun and float in the water of the Dead Sea on the final day of the trip.

While I had many takeaways from the trek, I have decided to focus on three areas that I believe had the greatest personal resonance: misconceptions about the country and its political environment, challenges following Israel’s ascension to the OECD, and the untapped potential in the tourism industry. 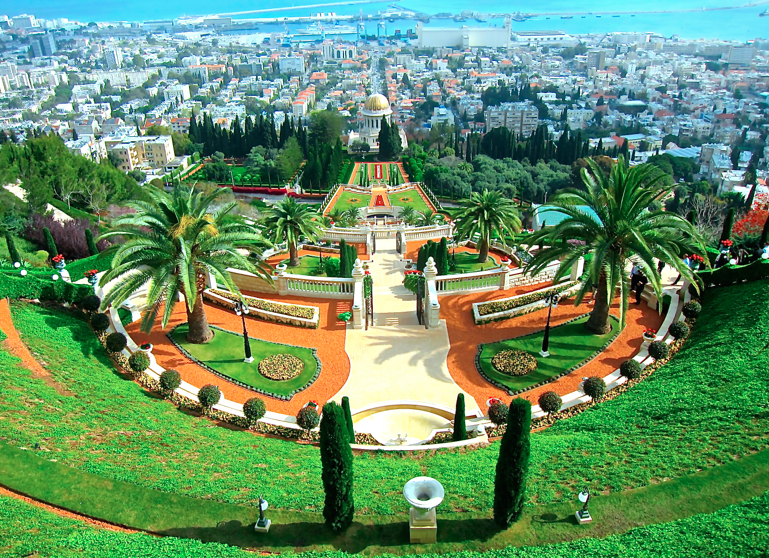 Misconceptions About Israeli Politics and Society

Perhaps what was most powerful about this particular trek was how easily misconceptions were broken for the Johnson students. While international travel arguably creates a fuller perspective for any first-time visitor to a nation, it is because of Israel’s prominence in world news that a three-minute news story on television can blur the complex realities of a nation. For example, in Jerusalem, where some neighborhoods remain relatively homogenous based on ethnic and religious backgrounds, the Mahane Yehuda Market is popular with Jews and non-Jews alike. Just as notable, the city’s commuter light-rail line traverses a street that used to be the dividing line between Israel and Jordan–and runs through neighborhoods that are both majority Israeli Jewish and Palestinian Arab. These facets of daily life converge with commerce and politics in unusual ways and with far greater complexity than what a simple news report might present.

Political views are also widely disparate, as we learned first hand. Our meetings included visits with notable figures including: the Vice Mayor of Tel Aviv, a senior research fellow and rabbi at a Jerusalem think-tank, a Holocaust survivor who was sent to Auschwitz, and a former Israeli major general and National Security Advisor. All of these speakers had different, often widely disparate opinions to their nation’s domestic and international politics. The one commonality was a lack of optimism towards regional international affairs–few felt that peace was going to occur anytime soon. 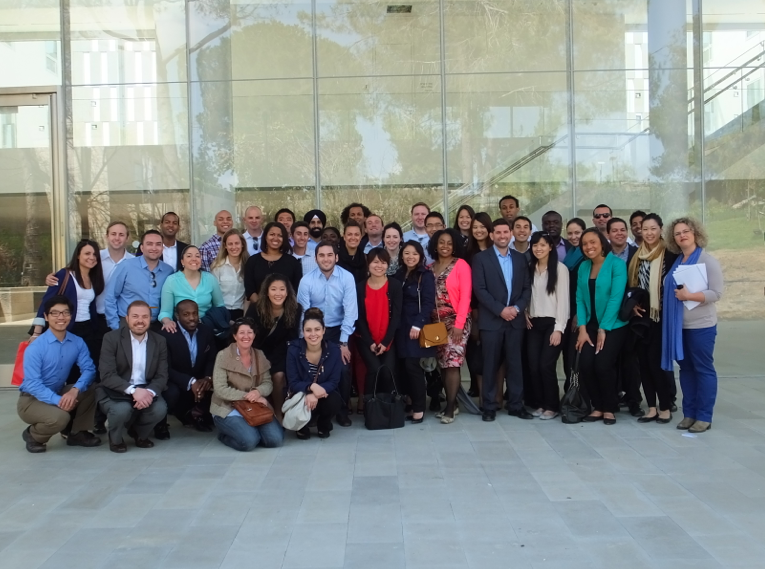 A second takeaway relates to the complex situation that Israeli commerce faces as an emerging market. In 2010, Israel was invited to join the OECD (Organization for Economic Co-operation and Development), a collection of 34 nations that are deemed to be “high-income”. As Israel was historically considered an emerging economy, some investors began to place Israel in the same pantheon as the US, Europe, and Japan in terms of investment potential[1]. While the OECD promotion for Israel would largely be considered positive, some investment opportunities faded due to Israel’s upgraded status. Further, some companies delisted its shares from the Tel Aviv Stock Exchange in favor of larger stock markets. How these shifts may impact the large entrepreneurial environment in Israel is still to be determined. As Israel cusps on the border between an emerging and an emerged economy, it will be interesting to see how Israeli businesses and the national economy adapts.

The final takeaway is more personal to me as my background and career focus relates to the hospitality industry. Having traveled to about a dozen emerging market nations, I find it fascinating how different countries encourage leisure tourism and business visitation. Some countries focus on direct investment–including increasing hotel supply and improving transportation infrastructure (particularly airports). Other countries offer tax abatements to lure in development. Some countries are adept at marketing – a quick read through the advertisements of consumer publications such as Travel + Leisure and business publications such as The Economist indicate such efforts.

Israel is in a relatively unique position as it relates to bringing in visitation. From a corporate travel perspective, the country has a flourishing economy. While having few trade partners within the Middle East negatively impacts Israel’s trade opportunities, the sheer growth of Israel’s economy commands corporate travel demand from other parts of the world. Conversely, drawing leisure demand presents quite a different story.

While Israel succeeds at appealing to religious-oriented demand (particularly observant Jews and Christians), the country still has a great opportunity to present itself as a desirable leisure destination for other travelers. While terrorism was a major issue for Israel in recent years, safety seemed to be almost a given considering the limited visible police presence during our trip. In terms of attractions, the nightclubs and beaches of Tel Aviv and the resort towns along the Dead Sea are appealing destinations regardless of one’s religion. Jerusalem is a vibrant, cultural powerhouse with as immense historical significance as Rome, Beijing, and London. To that end, I believe one of the takeaways from the trek is that Israel has not fully taken advantage of its appeal to global travelers. The country has a great deal to offer tourists, well beyond the main religious sites. 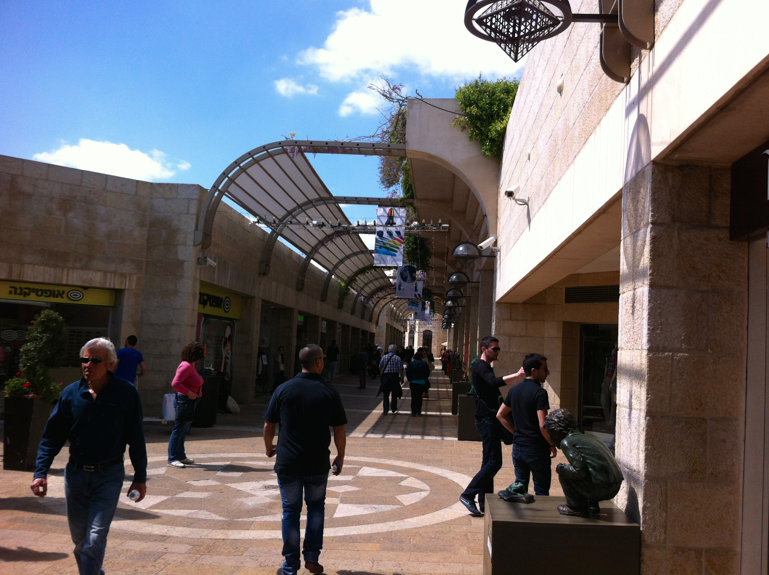 To conclude, Israel has undergone a considerable transformation since gaining independence over 65 years ago. While the historical collectivist farming communities (kibbutzim) remain in some places, Israel has transitioned into a high-tech, entrepreneurial-friendly powerhouse. The great strides taken by Israeli business leaders sets a powerful example for other emerging economies. Israel’s ascension to the OECD, despite having limited terms with its neighbors, is quite an accomplishment. Despite residing in a tumultuous region in terms of politics, the country still presents a great draw for business and leisure travel.

While a week in Israel only scratched the surface to its business environment, the trek was invaluable to gain greater insight to a country that is as uniquely historic as it is bursting with modernity.