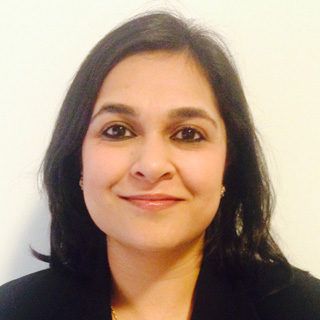 With economies world over realizing that scarcity of resources will be the reality of the future, with green growth becoming a necessity instead of a choice, with social development assuming equal importance as economic growth – with all these challenges and more, the policy makers worldwide have realized the importance of innovation in their rendition of good governance.  For long, innovation has been largely associated with the developed world. However, in the past three decades, developing economies have realized its importance and are embracing it as a critical mission. There are structural and socio-economic differences between the countries, which translate into differences in how they approach, employ, accept and benefit from the myriad forms of innovation.  In this chapter, we dwelled on this with an aim to understand innovation from the perspective of Latin America.

Innovation is conventionally assessed in terms of measures like but not limited to R&D expenditure as a share of gross domestic product (GDP), patent applications, high-tech exports, level of education and education spending. A detailed analysis of LATAM’s performance across these measures vis-à-vis OECD and the World shows that LATAM faces gross underinvestment and under-representation in them relative to the rest of the world, thereby warranting significant efforts for improvement.

If we look at Latin American economies, more than half of their GDP churn comes from natural resources like agriculture, mining and petroleum extraction. Such sectors generally have a lower research and development (R&D) intensity and call for different forms of innovation that see their origins beyond laboratory research. In this backdrop, not discounting the importance of the basic indicators, there is a pertinent need to identify additional yardsticks that can provide us the complete picture of the Latin America innovation scene.

A step in this regard is the broadened definition of innovation having its roots in the concept of novelty. The Oslo Manual (OECD, 2005) — first published by the Organization for Economic Co-operation and Development (OECD) and Eurostat in 1992, and currently in its third edition — defines innovation as “the implementation of a new or significantly improved product (good or service), or process, a new marketing method, or a new organizational method in business practices, workplace organization or external relations.”

Taking cues from InnovaLatino (2011), we have studied the innovation ecosystem in LATAM. Model innovation case studies from the region have been identified and discussed across different types of innovators – public Institutions, big companies, small and medium size companies, social innovators and corporate social responsibility endeavors. Based on the concept of novelty, we could also distinguish four types of innovation: product innovation, process innovation, marketing and branding innovation, and business model innovation. Basis our analysis, in spite of the innovation gap in terms of the traditional research and development (R&D) and patents, the broad spectrum of innovation in Latin America lends considerable hope. Further, the Latin American governments are leading the innovation way, the region is charting the green innovation frontiers, technology innovation is happening for a brighter future and the collaboration between universities, research institutions and the private sector is starting to happen.

Based on our analysis and findings from Innovalatino (2011), we have arrived at key recommendations, which can facilitate the strengthening of the innovation capacity of the Latin American nations and other emerging economies facing similar challenges and paradigms. A national vision and a drive for partnerships, innovation fueled by natural resources, using human capital as the catalyst of innovation, supporting small and medium size enterprises (SMEs) through cluster policies, innovation information ecosystems beyond traditional measures and support to innovation leading to social inclusion and sustainability can go a long way in serving the cause of innovation in these emerging economies.

Clearly from the perspective of Latin American countries, grappling with increased pressures on per capita resource availability, innovation can be help improve productivity, economic growth, social inclusion and sustainability. Needless to say, government has a pivotal role to play if this innovation dream is to come anywhere close to conclusion. Comprehensive, symbiotic and coherent policy-making at the center creating synergies between all stakeholders, increased R&D expenditure, pro-innovation incentives and regulations, improved what has been called hard and soft (such as education) infrastructure with the availability of educated and skilled human capital – all this and much more lies in the hands of the government.  To complement these efforts, the private sector also needs to play its part in terms of rising up to the cause of innovation risk taking, especially in the backdrop of high costs and gestation period associated with these initiatives. Private sector, individually and in partnership with the public sector, needs to foster investment and innovation culture. It is important to celebrate local best practices that can be replicated and will be useful in the context of local requirements, rather than expending energy at importing international ways and means, that are eventually not relevant and useful in the Latin America context.

In conclusion, Latin America is innovating, albeit in its own unique way. It is redefining innovation, giving new paradigms and facets to innovation and thus, charting its growth story, tailor-made to tackle its weaknesses and built on its core strengths. Thus, the economies are becoming better equipped to seize the opportunities, even in the backdrop of scarcity of resources and low R&D expenditure. There is no doubt that Latin America needs to continue building upon this foundation, and at the same time strive to improve its performance across the traditional indicators if the graph of innovation is to be spiraling high.

Detailed findings and analysis have not been included here as they are part of an unpublished book. The article contains excerpts from the chapter. Any replication of the material above, without prior consent of the authors will be treated as Intellectual Property infringement.

Sukriti Jain is an independent researcher and currently working as a Research Analyst at Samuel Curtis Johnson Graduate School of Management and as a volunteer at Johnson’s Emerging Markets Institute. She has keen interest in the field of corporate finance, emerging markets and sustainability. She holds a Master in Business Administration in International Business from Indian Institute of Foreign Trade and a Bachelor of Business Studies from University of Delhi, India.

In a career spanning more than five years, Sukriti gained rich experience in commercial banking, investment advisory research, economic research and formulation of reports and proposals. In her last role, she worked as Senior Manager in the government banking division of YES Bank, which is India’s 4th largest private sector bank. She worked on credit sanctions, new business development and servicing end-to-end banking requirements of clients. She has also worked as a research analyst, specializing in Middle East and North Africa region and providing research support for hedge funds, fund of funds and agri-commodity investment advisory. Prior to this, she served as Assistant Director at India’s apex industry chamber ASSOCHAM, where she worked on relationship management with government and industry and development of advisory reports submitted to Prime Minister’s office, Ministry of Science & Technology and Ministry of Defense, Government of India.

Member of Latin America Global Agenda Council and the Competitiveness in Latin America taskforce of the World Economic Forum, Advisory Committee European Union/Brazil, World Investment Network at UNCTAD, the B20 Task Force on ICT and Innovation in Los Cabos, responsible at INSEAD of Goldman Sachs 10,000 women initiative and co-leading InnovaLatino on Innovation in Latin America. Board member of the Boyce Tompson Institute, the start-up Documenta, founding Board Member of the Societé des Amis du Chateau de Fontainebleau and member of the Advisory Council of the Tompkins Public Library.

About the Emerging Markets Institute at Johnson at Cornell University:

Established in 2010, the Emerging Markets Institute was founded at Cornell University’s Samuel Curtis Johnson Graduate School of Management to promote the research and study of emerging economies. The Institute provides a private forum for lively exchange among corporate leaders from emerging and developed markets and leading researchers. We are building the most highly regarded academic program for the study of emerging markets—with the breadth, depth, and quality of education needed to effectively prepare business leaders for success.