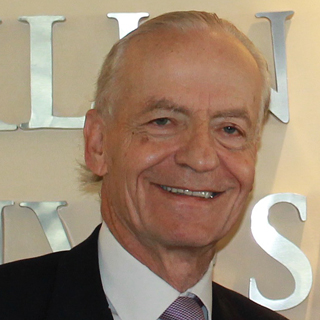 Economics and finance are often discussed as belonging to two entirely separate spheres. According to Timothy Heyman, president of Franklin Templeton Asset Management Mexico, one of Mexico’s leading independent institutional investment management firms, this should not be the case. Heyman, who spoke in his capacity as part-time finance professor at the Instituto Technologico Autonomo de Mexico, discussed his working paper about the link between economic growth and financial markets in Mexico when he came to campus on March 21 as a guest lecturer in Leaders in Emerging Markets, a class offered by Lourdes Casanova, academic director of the Emerging Markets Institute.

Heyman began his talk by discussing the history of finance and classic theories about the role of finance. He then argued that finance is the key to growth in developing countries, inseparable from the realm of economics. “Nobody thinks or talks about [finance],” he said. “Economists don’t talk about finance; historians don’t because they don’t think it’s relevant; and financiers don’t talk about finance because they’re too busy making money.” He cited the 1993 paper by Robert G. King and Ross Levine, “Finance and Growth: Schumpeter might be right,” published in The Quarterly Journal of Economics, as proof that you can predict growth from the stability and depth of a country’s financial system.

Heyman explored this theory of finance and growth as it applies to Mexico, showing several charts that correlate Mexico’s lack of economic development with its financial system. “You can see how Mexico is way down in terms of financial development. We should target these numbers and try to create growth,” he said.

According to Heyman, Mexico is defined as an emerging economy based on its low GDP per capita, despite being ranked between 10 and 15 when it comes to the size of its population, economy, and land area. He also pointed to the low number of listed companies per million of inhabitants and compared Mexico’s financial market measures to those of the U.S. “Mexico is in relatively bad shape,” he said.

However, he also pointed to the great potential for growth in Mexico through the development of its financial market. One way to do this, he said, is through the addition of a second stock market. “Within the top 15 economies (by GDP), Mexico is the only one (barring Brazil) which doesn’t have two stock markets. The basic idea is that competition is good.” Additionally, the Mexican peso is the most traded emerging market currency. “Maybe this spells opportunity,” he said.

He ended his talk by encouraging students to reach out to him if they are interested in getting involved in his research linking financial markets and economic growth in Mexico, and emphasizing not just the career benefits but the social benefits of a career in finance: “If you really believe that financial markets increase growth, then by going into financial markets you can do well and do good.”