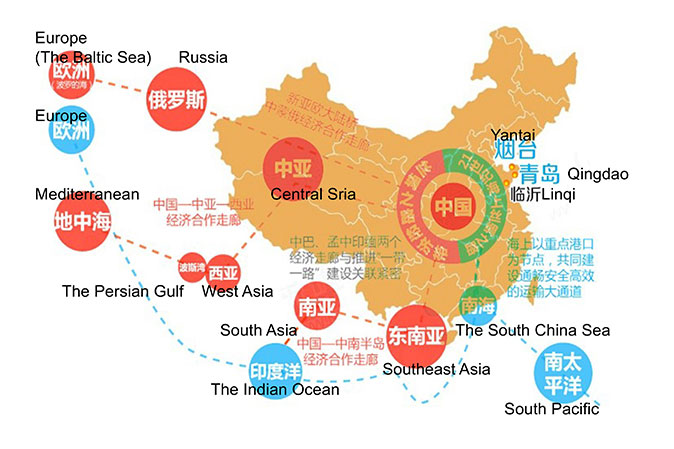 The Emerging Markets Institute welcomed delegates from Wenzhou University who came to campus July 18 to share their perspective on China’s One Belt, One Road economic development strategy. First proposed by Chinese President Xi Jinping in 2013, the Belt and Road strategy is China’s answer to promoting Asia-Europe economic integration and innovation.

Andrew Karolyi, associate dean for academic affairs at Johnson, welcomed and introduced Professor Yiquan Fang, vice president of Wenzhou University, who spoke through interpreter Barron Zuo, MBA ’18, and expressed his wish to build win/win cooperation between Cornell University and Wenzhou University, which he said ranks high in entrepreneurship and innovation.

Professor Yongchuan Shi, deputy dean of the College of Entrepreneurship at Wenzhou University, spoke of Wenzhou University’s wish to actively pursue collaboration with Belt and Road countries in education and research. “There is only one earth; countries coexist in one world,” said Shi. “The law of the jungle can’t work. Our common aspiration is to promote international cooperation and realize sustainable development.” Shi said that with the Belt and Road initiative, China aims to enhance people-to-people cultural exchanges and create communities of shared interests.

The Belt and Road initiative hearkens back to China’s Silk Road, the ancient overland trade route that connected China to Asia, Africa, and Europe. This commercial trade corridor first took shape more than 2,000 years ago and was still in use as late as the 16th century. Today’s iteration of the Belt and Road route, which China is investing in and actively building now, aims to promote interconnected development throughout all the regions that the route, once complete, will traverse. The northern route aims to connect China with Russia and Europe via Central Asia; the central belt will traverse Central Asia and West Asia to connect with the Persian Gulf and the Mediterranean. And in the south, a maritime belt will connect China with Southeast Asia and South Asia, crossing the Indian Ocean to Pakistan.

A lively Q&A followed Shi’s presentation, and in response to a question about China’s intent in backing this project, Wenzhou Vice President Fang said (via Zuo as translator): “In our point of view, this is a new age of cooperation. At its foundation, the Belt and Road initiative is win/win: We share the profits and the risks with participating countries. I believe this is the same thing as the U.S. investing in Europe after WWII. People wanted to work but there was no place to work, no infrastructure, and no money.”

Another student in the audience asked: “What’s the time frame for this Belt and Road project?” Zuo responded: “That’s national strategy; we can’t say whether it’s 10 years, or 15 years, or more. Think of the U.S. Marshall Plan, which is six decades old now. I’ll bet you will see some amazing results [of the Belt and Road initiative] in the next two decades.”

A video of the full presentation is available here: One Belt, One Road Policy and China’s Economy.