Johnson students with His Excellency John Kufuor, former President of the Republic of Ghana, at his home in Accra. 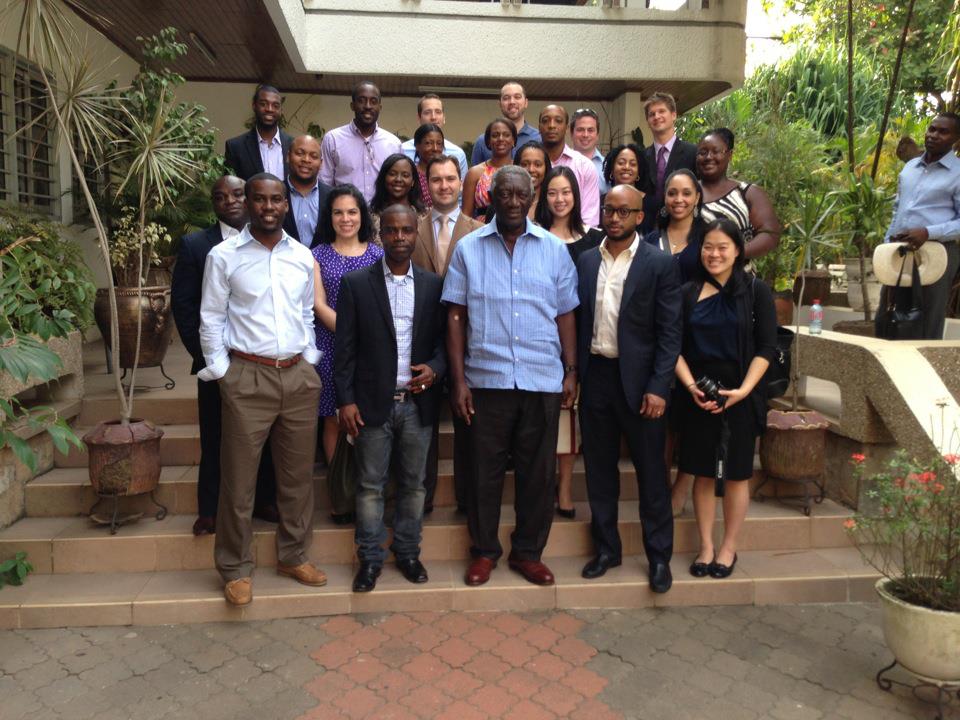 “Akwaaba, Welcome to Ghana,” stated His Excellency John Kufuor, former President of the Republic of Ghana, as he hosted 25 Johnson students and staff at his home in Accra. Johnson’s first study trip to Africa began on Jan 4, 2013, with an in-depth conversation with the former President about Ghana’s history and future opportunities. President Kufuor highlighted Ghana’s 14 percent GDP growth in 2011, supported by the country’s rich resources of gold, cocoa, and oil. Afterwards, President Kufuor invited the Johnson group to join him at former UN Secretary General Kofi Annan’s book launch at the University of Ghana, Legon campus.

During their final days in Accra, Johnson students had enough exposure to the Ghanaian economy and culture to reflect on their experiences. Cornell alumna Esther Cobbah, CEO of StratComm Africa, hosted a closing reception for the group and invited media outlets to interview Johnson students about their impressions of Accra and Ghana. As a result, Johnson was featured as a premier business school across Ghanaian newspapers, radio stations, and television networks. When Johnson students departed from Accra on January 13, 2013, Ghana had made its mark on Johnson and Johnson had made its mark on Ghana.